05 May Former WEDC, Commerce secretaries back creation of state ‘fund of funds’

Posted at 13:58h in Newsroom by Laura Kaiser
Share 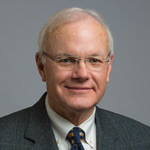 MADISON, Wis. – A bipartisan group of supporters headed by eight former secretaries of the Wisconsin Economic Development Corp. or its predecessor, the Wisconsin Department of Commerce, are supporting the creation of a state-backed “fund of funds” to invest in early-stage companies.

Endorsing the goal of the Wisconsin Fund Coalition are (in alphabetical order):

Five of the eight were appointed by Republican governors; three by Democratic governors.

Co-chairs for the organization are Nettles, founder and managing partner for Milwaukee-based Generation Growth Capital Inc., and Mark Bugher, who headed two state agencies (Revenue and Administration) and was later director of University Research Park and chairman of the Wisconsin Technology Council.

“Throughout its history, Wisconsin has been at the forefront of innovation,” said current WEDC Secretary and CEO Missy Hughes. “Governor Evers’ proposed $100 million venture capital fund would allow Wisconsin entrepreneurs to secure needed next-step financing from in-state sources so they don’t have to look to – or move to – the coasts for capital.”

The Wisconsin Fund Coalition is a group of people, companies and organizations formed to advance legislative discussion of a state budget proposal to invest $100 million in a privately matched, venture capital fund of funds. The idea is contained in Gov. Tony Evers’ 2021-23 budget bill. The state investment would be matched by private dollars at a 2-to-1 ratio over the course of the fund.

The Wisconsin Fund would be along the lines of what nearby states – Indiana, Ohio, Michigan and Illinois – and others have done to attract outside dollars and to grow young companies.

Thus far, more than 50 people, companies or organizations are supporting the Wisconsin Fund Coalition. Learn more and join at wisconsinfundcoalition.com