Letter to Members of the Wisconsin Legislature

26 May Letter to Members of the Wisconsin Legislature

Posted at 23:01h in Newsroom by Laura Kaiser
Share

TO: Members of the Wisconsin Legislature
FROM: Cory Nettles and Mark Bugher, Wisconsin Fund Coalition
RE: $100-million state investment in a Wisconsin Fund

As the Wisconsin Legislature considers joining its neighbors in the creation of a statewide venture capital “fund of funds,” lawmakers should not buy into arguments that such a fund is unprecedented, inherently risky, unlikely to pay for itself or somehow at odds with free markets.

All those claims are demonstrably unfounded, based on Wisconsin’s bipartisan venture and angel capital legislation over time – as well as the experience of other states that have invested in their own homegrown emerging companies. 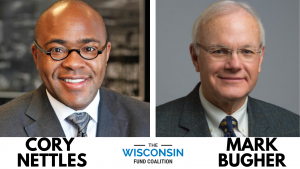 In a recent column for The Badger Institute, a University of Illinois real estate professor wrote that a budget proposal to invest $100 million in a privately matched, state “fund of funds” was somehow akin to a non-stop episode of “Shark Tank,” with state government as the all-controlling star of the show. Professor Andrew Hanson also mischaracterized the kinds of young companies that might benefit from such a fund – as well as Wisconsin’s current standing in the venture capital world.

Wisconsin is no rookie when it comes to encouraging angel and venture capital investments. The Qualified New Business Venture program, created with broad bipartisan support in the early 2000s, is a model for other states that offer state tax credits to investors who take a qualified risk on young companies. Between 2010 and 2020, Wisconsin’s tax credits – ably managed during Republican and Democratic administrations alike – have sparked $575 million in private investment in the state.

The Badger Fund of Funds grew out of the 2013 passage of Act 41, which was proposed by Gov. Scott Walker and approved by nearly unanimous votes in both houses of the Legislature. It focuses largely on investments of $500,000 in Wisconsin startups of all descriptions, with all but one of its nearly 30 investments thus far still standing. So much for unbridled risk.

Indiana, Illinois, Michigan, New Mexico, Utah and Georgia are among states that have established much larger venture capital funds of funds, each in indigenous ways but without throwing taxpayers’ money at high-risk schemes. In fact, the business investment website Crunchbase just identified Michigan as the fastest-growing venture capital state in the nation, with an increase in venture dollars from $300 million in 2016 to $3.1 billion last year.

How did Michigan do it? It seeded its own clouds with public and private money that drew dollars and expertise from other states to invest in Michigan-born companies, especially those companies with enough traction to succeed.

The proposal in Gov. Tony Evers’ budget will make the state an investor in a fund that will be independently managed almost as soon as its established. It is not a grant or a loan, but a one-time investment to be managed by skilled private investors who will be selected in a transparent process.

The Wisconsin Economic Development Corp. board of directors will establish an oversight board tied to The Wisconsin Fund, but the process of selecting private fund managers will go through several steps to ensure government is not picking winners and losers.

That final point is most important. The notion that government will run a politically slanted “Shark Tank” is false from a structural standpoint, and inconsistent with past practices in Wisconsin or elsewhere. This is not Wisconsin’s first rodeo in this arena.

As with any venture capital fund, direct returns won’t be immediate. However, indirect returns would occur almost as soon as such a fund begins investing in young companies. People will be hired, salaries will be paid, space will be acquired, companies will buy goods, materials and services from a supply chain that will extend throughout Wisconsin. All of that means tax revenue for state and local governments.

The Badger Institute column incorrectly claimed Wisconsin is wallowing in venture capital cash in a category called “assets under management.” That is a measure of how much capital is being managed through venture capital firms domiciled in Wisconsin.

According to the National Venture Capital Association, the United States charted $548 billion in venture capital assets under management in 2020. Wisconsin recorded $1.86 billion of that total, or one-third of 1 percent, in a state with nearly 2 percent of the total U.S. population.

Those traditional networks and funds, while well-managed, are not generally large enough to make the kind of eight-figure investments that grow major companies and jobs. They need outside co-investors, funds that will be attracted by the magnet of a state-backed fund.

Compare Wisconsin assets under management to Illinois ($12.1 billion), Michigan ($3.1 billion) and Ohio ($2.8 billion) and it’s easy to see Wisconsin is still behind. Wisconsin recently eclipsed Minnesota in this category by several hundred million dollars, which is a testament to previous state investments and a robust ecosystem of companies, but the state is still far short of where it needs to be on the VC charts.

Wisconsin can choose to continue to let the biggest venture capital states – California, Massachusetts, New York and Texas – control 85% of the U.S. asset class. Or it can move to the next stage in a process that has already covered 16 years of bipartisan support in the Wisconsin Legislature and governor’s office. The latter is the logical choice.

Nettles is managing director of Generation Growth Capital in Milwaukee. Bugher is the former director of University Research Park in Madison. They are among nine former Cabinet-level secretaries, Republican and Democrat, who have endorsed The Wisconsin Fund Coalition. Nettles and Bugher are co-chairs of the 75-member coalition.