Posted at 13:25h in Newsroom by Laura Kaiser
Share 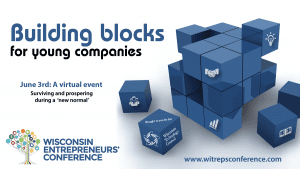 Since its launch in 2015, the Badger Fund of Funds has invested over $3 million in 25 Wisconsin companies with the goal of diversifying business within the state.

Nearly half of the fund’s total investments are from outside the business hubs of Milwaukee and Madison, said Brooks, a senior associate at Sun Mountain Capital. The funds investing in Wisconsin startups typically saw a $10 return for every $1 invested.

Idea Fund of La Crosse, which supports investment in western Wisconsin, manages 11 companies for the Badger Fund of Funds. Out of the 11, four businesses have female CEOs and four have CEOs of color.

“For us, these people were chosen because they’re extremely driven entrepreneurs who want to solve really hard problems in the state,” said Horne, managing director at the Idea Fund. “We’re probably more representative than the state in terms of the distribution.”

Established by Wisconsin’s Act 41, the Badger Fund of Funds is made up of five regional firms: Idea Fund of La Crosse, Gateway Partners, Rock River Corporate Partners, Winnebago Seed Fund and Winnow Fund. The firms work independently to invest in new companies across the state.

“It’s a really unique model,” Horne said. “It was really a visionary program, and a lot of these companies will be modeled across the country when we’re successful.”

“The goal was to support a new cohort of first-time managers that came from really interesting backgrounds and careers and had a passion for Wisconsin,” said WEDC COO Rikkers.

The Badger Fund of Funds plans to continue to diversify its fund managers.

Gov. Tony Evers’ proposed establishing a $100 million venture capital fund of funds in his budget plan. The investment into the fund “is still being considered,” Horne said.

In the proposal, at least 20 percent of the individual companies receiving an investment from a recipient fund must be women-led or minority-led and rooted in underserved communities. No single recipient fund could receive a state investment exceeding $25 million.

The Tech Council supports the plan. President Tom Still says the fund will make Wisconsin more competitive among its neighbors.

Eight former secretaries of WEDC and its predecessor, the Department of Commerce, also back the creation of a state “fund of funds” to invest in early-stage companies. Five of the eight were appointed by Republican governors; three by Democratic governors.