Posted at 11:36h in Newsroom by Laura Kaiser
Share 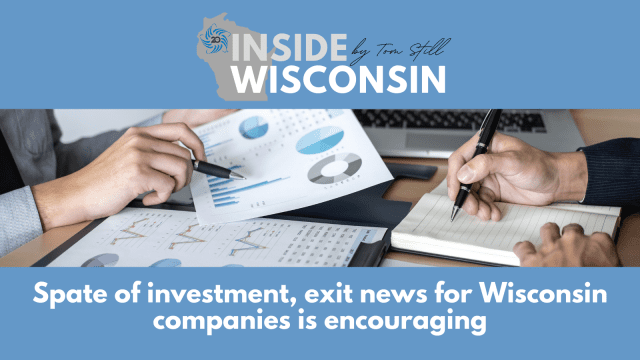 MADISON, Wis. – The power of deal sharing and accelerating interest from out-of-state investors has been front-and-center this summer in Wisconsin, with many young companies announcing new venture capital rounds or acquisitions by larger companies.

For state policymakers who are considering priming the pump to attract even more dollars into Wisconsin, it should signal that their efforts won’t drill a dry well.

In the same time span, acquisitions of companies such as Paradigm, GrocerKey and Curate have added at least $500 million to the mix.

What’s the common factor? For most of these deals, a combination of in-state and out-of-state investors or buyers has made the difference.

With more investors looking for places outside traditional hubs such as California’s Silicon Valley or Boston’s Highway 128 corridor, it’s perhaps not surprising that more eyes are focusing on Wisconsin and other Midwest states for promising deals.

Even given those qualifiers, there is still no guarantee Wisconsin will continue to draw attention from beyond its borders – or that entrepreneurs and young companies in the state will gain ground on their counterparts in other Midwest states.

Compared to past years in Wisconsin, the last five years has been strong in terms of angel and venture capital investments. The total grew from about $275 million in 2016 to nearly $485 million in 2020, which was predicted to be a “down” investment year with the COVID-19 pandemic.

Wisconsin still lags most of its neighbors, however, even when adjusted for investments per capita. The state’s venture capital assets under management are less than two-tenths of 1 percent of the U.S. average, even though Wisconsin represents nearly 2 percent of the nation’s population. That’s because most of the funds located in Wisconsin are small- to medium-sized by national standards.

State policymakers from the governor’s office to the Legislature have sought to improve Wisconsin’s standing versus its neighbors over time. Strategies have included the Qualified New Business Venture tax credits (enacted in 2005 and copied by other states) and what is now called the Badger Fund of Funds (passed in 2013 and investing since 2017).

More recent efforts include Gov. Tony Evers’ proposal to invest $100 million in a larger fund of funds, which would have been privately matched at a 2-to-1 ratio, but it wasn’t included in the latest state budget bill. Lawmakers may look at reviving a similar plan in separate legislation.

If so, that would help to cement Wisconsin’s recent progress. More venture capital would be drawn to the state, outside investors would consider opening offices here, and Wisconsin’s existing angel and venture investors would benefit from syndication of deals already in their portfolios.  Meanwhile, groups such as the Wisconsin Technology Council will continue to offer platforms such as the Wisconsin Early Stage Symposium to attract investors from elsewhere.

Republicans and Democrats alike deserve credit for warming the early stage investment climate over time through actions that have helped to “de-risk” many private deals that otherwise may not have been funded. If a separate bill this fall continues that bipartisan work, Wisconsin could foster more connections between its home-grown investors and others around the country and the world.